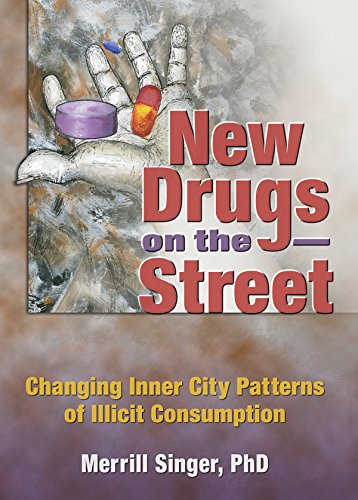 Unless public health and social service professionals keep in step with the shifting patterns of drug behaviors, drug use epidemics will inevitably unfold. New Drugs on the Street reveals the latest drug use practices of the poor in the inner city, with a concentration on the research in African-American and Latino populations. Each chapter gives an in-depth look at the use of various psychotropic drugs most recently gaining popularity, along with the surprising reemergence of PCP. The rampant use of ecstasy in the rave scene is explored, along with the effects of its heavy use, its after-effects, the likelihood of poly-drug mixing, and dangerous sex risk behaviors. Urban youth drug networking is examined in detail. The alarming use of embalming fluid mixtures is discussed, along with the disturbing public health implications of its use. The illicit use of narcotics analgesics (NA) like Vicodin and other pain killers is also explored, including the unclear association between NA use and Hepatitis C. A final chapter presents the latest information on Haitian youth and young adults in Miami, Florida, with ethnographic background to illustrate the reasons for drug use in this and other ethnic minorities. This valuable source is extensively referenced and includes several helpful tables to clarify research data.

New Drugs on the Street examines:

New Drugs on the Street reveals the nature and direction of the latest drug use and is essential reading for health professionals in the health social sciences, public health, nursing, and substance abuse fields that deal with low income, ethnic minority, and inner city populations.