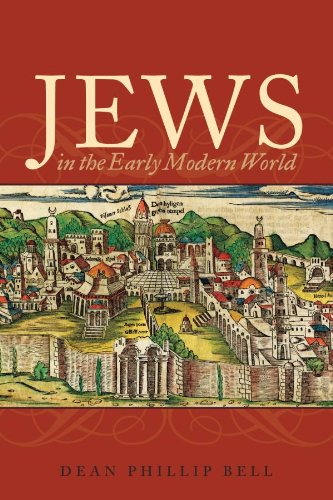 The study of early modern history has exploded in the last several decades. Many new historical sources have been identified and examined and a host of exciting studies, employing a wide range of innovative methodologies, have been produced. Scholars of Jewish history have begun to ask to what extent the early modern period had a Jewish dimension; they have also begun to reconsider the nature of traditional periodization of Jewish history. Jews in the Early Modern World attempts to synthesize some of this exciting new research and present it in a broader comparative and global perspective.

Jews in the Early Modern World argues that the years between 1400 and 1700 represented a discrete, cohesive and important period in Jewish history. Given the significant demographic shifts that began just before and ended just after this period, remarkable changes occurred in the history and experiences of Jews around the world. This volume begins with a broad context of Jewish experiences under medieval Christianity and Islam. It then turns to the early modern period, first providing an overview of Jewish demography and settlement. Next, the nature and structure of Jewish community and social structures in the early modern period are explored. In the final two chapters, this book presents a broad overview of Jewish religious and cultural life and Jewish relations with non-Jews throughout the early modern period.

Jews in the Early Modern World will serve as a useful resource for a wide range of courses in medieval and early modern history, Jewish history and world history. It includes a bibliography of English-language works cited, a wealth of suggestions for further reading, a glossary of terms, a timeline of key events, and numerous maps and images.