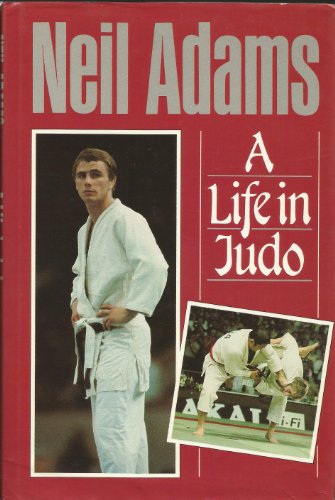 Neil Adams is undoubtedly the most successful judo fighter Britain has yet produced with on World Championship and two Olympic silver medals to date. However, his achievements go beyond the mere acquisition of medals for he is known throughout Europe and particularly in Japan, the mother country of judo, as an outstanding stylist who has evolved his own distinctive fighting style through a combination of hard work, study and abundant natural talent. Moreover, his training methods, which draw on gymnastics, triple phasing and specialist weight training patterns have formed the basis for the preparation of the next generation of Western Champions.

Judo has been the dominant force in Adams’s life. Here he traces the major stepping stones of his career from his first taste of the sport at a small judo club in Rugby, his crucial decision to join the mainstream of top-class judo and move to London, to euphoric moments of victory and agonising ones of defeat.

Adams discusses the importance of the correct psychological attitude, the battle of wills that occurs in competition and the pressures of staying at the top of his sport. He also discusses his life outside judo including his much publicised affair with the former Olympic swimmer, Sharron Davies, and explains how he eventually learnt to reconcile the need for some sort of private life with the long, solitary, training schedules that top-class judo demands. The last three chapters examine his chief techniques and training routines in greater detail and look at the way they have developed over a career spanning more than a decade. He also takes a perceptive look at the future of the sport in Britain.

A Life in Judo is thus a fascinating insight into one of Britain’s most successful sportsmen of the 1970s and 1980s.