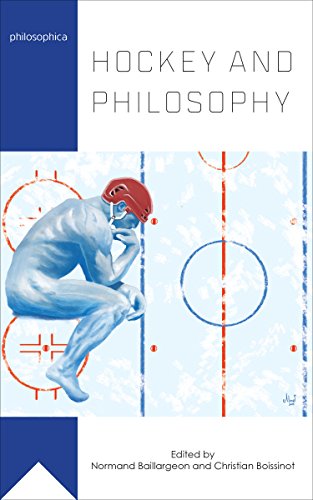 Reseña del editor Does hockey provide a better understanding of the differences between Canadian and Quebecois nationalisms? Is there a fundamental relationship between the hockey arena and the political arena? What have we lost as a society in abolishing the tie game? Are salaries in the NHL really that outrageous? Is hockey more art than sport? Should hockey players be banned from using performance-enhancing drugs at all costs? Do goalies suffer from angst? Does our national sport have its own mythology and metaphysics? Do hockey brawls reflect our true human nature more than we would care to admit? And what would it be like if the great philosophers were to face off on the ice? This is a team of philosophy and hockey buffs go deep with these fascinating questions and many others in this examination of a worshiped sport elevated to something akin to a cult. Accessibly written and peppered with humour, the essays in this book will charm specialists, sports fans, and everyone in between. Whether you're a fan of Richard, Gretzky, Crosby, Plato, Kant, or Kierkegaard, you're invited to be a spectator at this very special meeting of minds! Biografía del autor Edited by Normand Baillargeon and Christian Boissinot with contributions from Marie-Celie Agnant, Jean Grondin, Mario Jodoin, Charles Le Blanc, Rita Metsokosho, Jean Morisset, Jon Paquin, Tony Patoine, Julie Perrone, Chantal Santerre, Jean-Claude Simard, Rodney Saint-Eloi, Fannie Valois-Nadeau, and Daniel Weinstock with a foreword by Jean Dion.